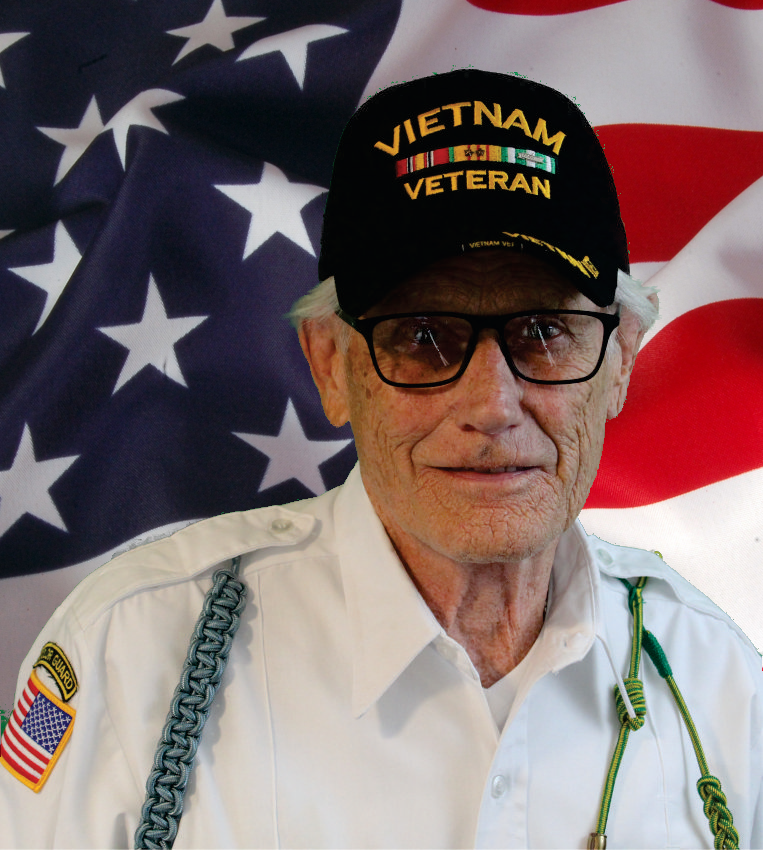 After I graduated from high school in 1964, my dream was to be an Art Teacher and Football Coach.  All was fine but the last day in my Sophomore year, my professor called me into his office.  He gave me a test that determined I was Red/Green color blind.  He told me I just couldn’t teach Art and be colorblind.  I was devastated and didn’t go back for my Junior year because I didn’t have a direction.  In the Fall of 1966, I was drafted.  I didn’t want to go to Viet Nam so I joined the Air Force.  Being colorblind, there were several duties I could not do but was 6’ 3” and 240 lbs so they put me in Security Police.

Once I completed Basic Training, I was assigned to the Security Police Tech School.  After, I was stationed at Minot AFB in Minot, North Dakota working in Missile Security at one of the missile sites 90 miles from base.  18 months later, a Tech Sergeant (E-6) wanted me to go with him to Viet Nam.  He was in charge of field testing a new technology using Ground Radar Systems working with Night Ambush Teams.  He needed an E-4 (Buck Sergeant) to go with him and I volunteered.  For my first 3 months in country, I was 3rd in a 6 man ambush team working 6 nights a week from 9 PM to 4 AM.  Prior to the radar, most ambush action against any movement in the dark of night was against wart hogs, jungle cats, & water buffalo which gave away the team's position.  The original radar unit was about the size of a laptop computer with ear phones.  It registered sound of movement and with training, I could tell the difference between animal verses human movement.  This unit did have a limited range (30-100 yards) depending on the thickness of the jungle and it was difficult to determine distance and numbers of targets.  3 months later a larger, more traditional radar unit was installed in a 60’ steel tower on the perimeter.  It looked like a radar that you’d see in the movies. It had a sweep antenna that could span 180º, a monitor screen receiver with a much larger range. It produced the same sounds for movement, but also determined target numbers, direction, location, and distance. Our Ambush teams were kept informed of any movements in their area via radio ear pieces and throat mikes.  If animals were identified, they’d simply let them go by without firing. Many sapper attacks were thwarted several hundred yards from the perimeter by mortar strikes or helicopter gun ships with no US casualties.  The unit was so successful, I did training for several Marines, Army, and Korean troops.  Senator Strom Thurmond visited the tower one night and I thought he was impressed with the capability but within a month, federal funding was pulled from the unit.  But I only had a week to come home.  This technology is still being used today on bases throughout the world.